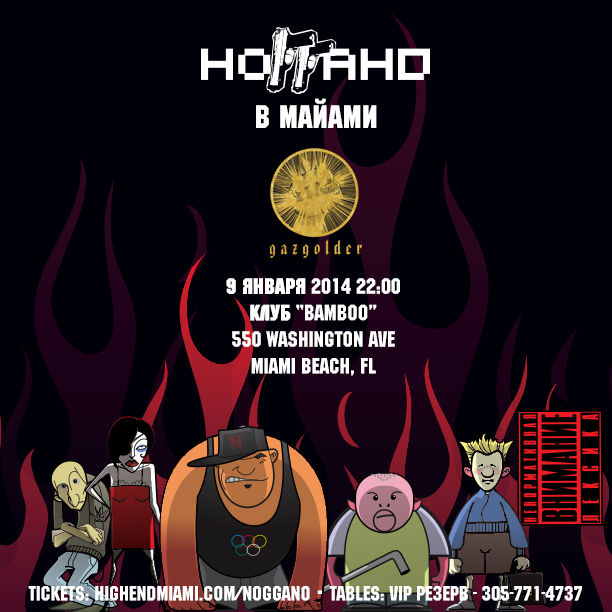 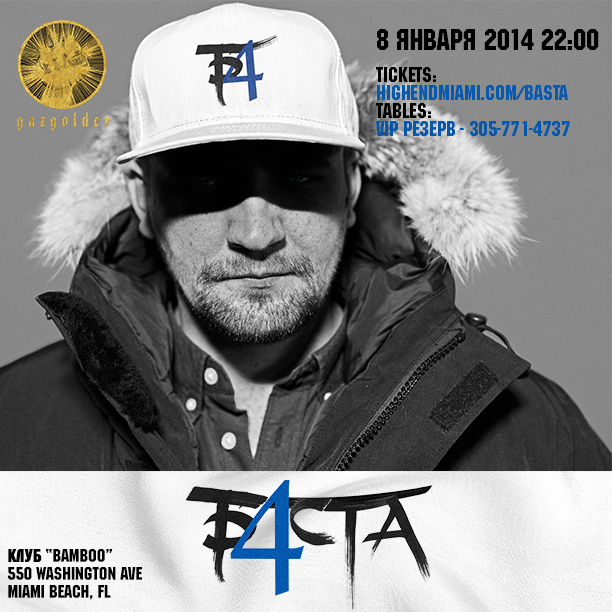 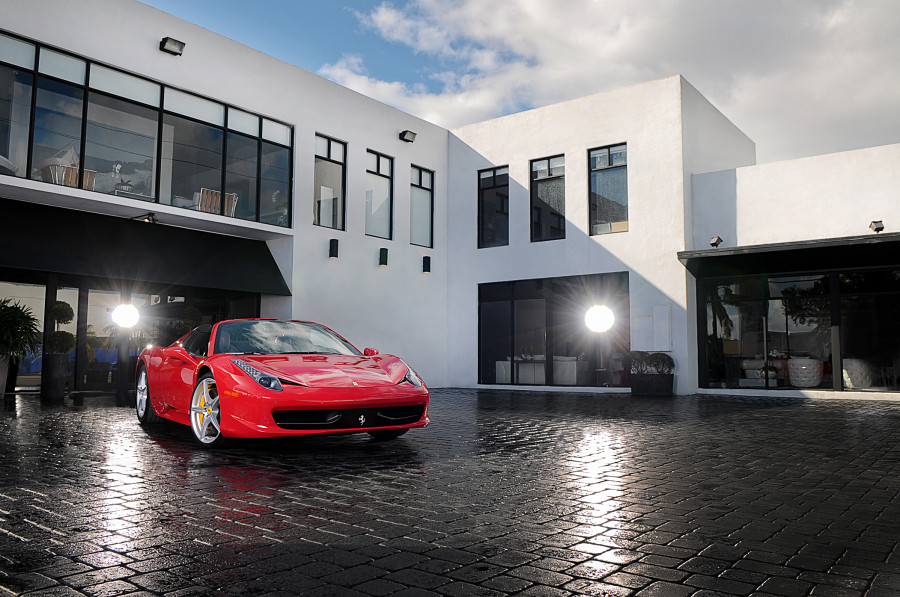 It’s 2010 and we’re at the global intersection of next-generation technologies, rapid-fire innovations, and burgeoning numbers of start-ups. Opportunity, initiative, and yes, profit, are overarching global paradigms. Old enemies have been replaced by new enemies. East met West in the collapse of the Soviet Union. Yet now, almost two decades later, why—on the basis of the political past—do we continue to ‘diss’ ambitious Russians in business?

The Cold War is over. And the USSR lost. If we are to bridge the old divide and create in the United States an atmosphere supportive of 21st century first- generation Russian entrepreneurs, we need to get past the tired, old profiles cobbled together over more than seven decades of Soviet-American suspicion and mistrust.

There’s a whole new generation of Russians out there who’ve learned all the scary things about the old USSR just like you did—in images from TV, movies, and spy novels. It’s not a pretty picture. Think Rosa Klebb and Colonel Arkady Ourumov from the James Bond blockbusters, From Russia With Love and Golden Eye.

But like it so successfully did in the Cold War, the American ‘spin’ machine is still at work. Sure, Hollywood recently began substituting the Russian Mafia for Serbian and Ukrainian ‘bad guys,’ but who in the U.S. even recognizes the distinction? In America, ask the man on the street about any one of the 15 nations of the former Soviet-block, and you’ll likely get an answer something like, “that’s in Russia, right?” Everything east of the Danube, it seems, is shrouded behind a ‘cultural curtain’ much like the Iron Curtain that preceded it. The Western media only seems obsessed with the Russian oligarchs and ‘nouveau riche’—the oh-so-photogenic glitterati of the international red carpet—while the hard news traditionally covers only the most high-profile events across the sprawling expanse of the Russian Federation.

So what does all this have to do with technology, or commerce, or business? A lot. The old stereotypes persist, and, more disturbingly, are flourishing even as a new generation of young Russians dreams about ‘seed’ money, start-ups, the ‘bottom line,’ and building their futures firmly in the foundations of global markets, emerging and otherwise.

One of the up-and-coming BRIC countries, Russia is slowly but surely leveraging innovation, pushing technological advances, and investing in infrastructure. In point, President Medvedev’s initiative to create a Russian Silicon Valley— Skolkovo—in the Moscow suburbs has prompted U.S. venture capitalists to pony- up $250M in investments for this ambitious project. Many take the likelihood of its ultimate completion with a grain of salt, and I can’t say that I blame them, given the levels of corruption and crime. But, in the end, it’s Russia’s problem, not ours. A problem that America can use to its advantage. And while, right now, there’s no high-tech, or R&D hub in Russia—or for that matter, anything close to it—the country is more than just a ‘go-to’ destination for cheap outsourcing.

It’s curious that, over the years, Americans grew to welcome the phalanx of Russian scientists, musicians (remember ‘Slava’?), and athletes (who can forget Anna Kournikova?)—who came to these shores riding the wave of opportunity and possibilities. But in business ... well, not so much. The fact of the matter is that there are bright, energetic, and motivated young Russians out there with forward-thinking ideas, solid educations, and ready-to-launch business plans. A lot of them have made their way here lacking only experience with the American business model. And even that drawback has been easily overcome given their huge entrepreneurial passion and ability to adapt to the marketplace. It’s no secret that it’s often the outside viewpoint ... the fresh look and new perspective ... that result in the best outcomes.

So why are Russians in business marginalized? What’s the problem? As I see it, it’s in perceptions. Or maybe you can call it ‘bias.’ Or maybe you can even call it prejudice. Ok, let’s face it, the minute most Americans hear someone with a Russian accent talk about P&L, profit margins, or market share, they have a PTSD moment and hear a Soviet-era, James Bond villain mutter something like, ‘Giff me yoorr mohnee!,’ or some such nonsense.

I saw this play out in real time at the TechCrunch Disrupt event in New York. While Yuri Milner, the CEO of DST, was giving his talk on stage, the guy sitting next to me was showing his friend a Wikipedia article about one of DST’s principals, Alisher Usmanov, who owns about a third of DST holdings. The Usmanov article— besides mentioning his positioning as the world’s 100th richest person—also reported that, during the 80s, he’d spent six years in a Soviet jail. On taking in that fact, both the guy and his friend smiled at each other, knowingly.

It was clear to me, at that point, that it didn’t matter what Yuri Milner was saying on stage, because, in their minds, he was, by association, also a ‘criminal’— never mind that Usmanov was sentenced, under the Soviet justice system, for what are today accepted Wall Street, even Main Street, business practices. By the way, can you say Ken Lay, Dennis Koslowski, Bernard Ebbers, John Rigas, or Anthony Mozilo? Now there’s a United Nations line-up of ethnicities!

Who I’m I to write this? I’m an entrepreneur and I was born in Moscow. I don’t really remember how it felt to live under the Soviet regime, it collapsed when I was 10 year old. I am part of the new generation of Russians—a generation without borders. I left when I was just14; I studied in Prague; London and Moscow; I’ve successfully developed two startups, conducted business globally including Latin America; and now in the States.

Admittedly, it’s a little easier for me. Other ventures and businesses I’ve founded have thrived. I have money. Sure, when I speak you can guess where I’m from originally, but I don’t have that thick accent that seems to give pause ... that introduces an almost imperceptible reticence into the conversational mix. None, more so, than when the subject at hand involves the risks and rewards of business.

Is it the same for Mexicans, French, or Africans, the Koreans and Indians? I really don’t know, but somehow I doubt it. It’s a subject Americans usually don’t like to discuss, and, what’s more—if it is talked about at all—the existence of a ‘bias’ is almost never acknowledged.

Let me give you an example. Over the years, I’ve worked with a lot of PR firms in the States, and all too often, I get this advice: ‘Think about putting fewer Russian names on your project team.’ I always think to myself, why? What does that have to do with anything? Do these same PR people really tell companies like Goya Foods to ‘think about putting fewer Hispanic-sounding names on your ‘Key Executives’ list? Get real.

In business, the bottom line is just that—the bottom line. And that translates to what you bring to the consumer—the latest new idea, cutting-edge technology, innovations, next-generation products, dependable supply chains, clever marketing, organizational speed and agility, customer service, and so on. Nothing else matters. Nothing. And least of all, the ethnicity of the business’ principals.